Free
The workshop will be available on Zoom. Get your FREE ticket from Eventbrite! 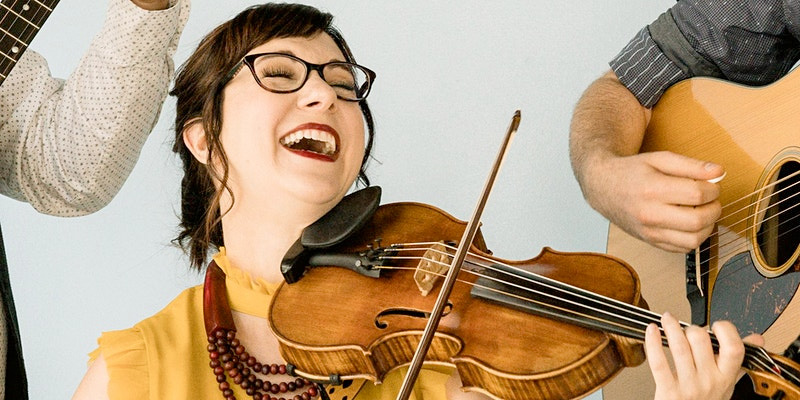 There are many regional styles of fiddling in Canada including Ottawa Valley, Western Canadian, Métis, Maritime, Cape Breton and French Canadian. April will be choosing 2 tunes to teach, that represent 2 of these regions. Instruction will be “by ear” where April will break the tunes down slowly into small, repeatable sections.

April will show how to take the tunes and build them from the basic melody into your own version of the tunes by implementing left hand ornamentation and bowing techniques. These “tools” will be useful for you to apply to other tunes you play as well. She is mindful of keeping with the roots of this tradition – getting together to make music and have a great time in a relaxed, social environment!

For over two decades, fiddler, singer, songwriter and step dancer April Verch has been recording and captivating listeners worldwide. The Ottawa Valley native has garnered praise from music’s heavy hitters including NPR, Rolling Stone, No Depression and more, for her fresh and feisty approach to deep North Americana. Verch’s signature sound blends together regional Canadian, American old-time, classic country and more, resulting in a well-rounded tour-de-force of traditional sounds.

On stage is where her diverse repertoire comes to life, with a presence that is versatile, robust, and masterfully executed. Her delicate voice, energetic footwork and stunning playing have brought her to stages across the globe, wowing audiences with her jaw-dropping performance. With 13 albums and over two decades of touring under her belt, she is a seasoned veteran.

Verch won’t be the one to tell you about her championship titles, nominations, and awards, or the fact that she was one of 6 fiddlers who represented the Canadian fiddle tradition to the world at the 2010 Olympic Winter Games in Vancouver, as part of a segment called “Fiddle Nation.” Instead, in speaking with her, you’ll hear about how passionate she is about sharing her music; in small gatherings in remote communities in Iqaluit, to large prestigious concert halls like Mozartsal in Vienna.

Verch’s ability to preserve the authentic folk traditions of the past and reintroduce them into the musical landscape of the present is a testament to her masterful musicianship and widespread appeal.

The TIP JAR — Instead of paying us for this amazing event, we ask that you leave a generous Tip. 100% of your TIP will go directly to April. Thanks for supporting independent musicians.